In October 2015, the research presentation of the Zetta-spinning method (nanofiber manufacturing method) received the Best Presentation Award at the American Chemical Society (ACS), which is said to be the gateway to the Nobel Prize.

Along with that, ACS published it in its “Industrial & Engineering Chemistry Research” on March 18, 2016.

This publication has great significance.

It means that the new method of nanofiber manufacturing was recognized by the scientific academic society ACS, which has 162,000 members of scientists from all over the world.

The competition for nanofiber development began in 2000 and a technology with the highest expectation was electrospinning method.

Nanofiber was touted as a key material to new industries, and was researched and developed as a national project all over the world.

The Zetta Spinning method achieved an overwhelming productivity of 20,000 times over its predecessor, a fiber diameter of 100 nm, and a high safety on top of this – all of this took the nanofiber industry by surprise.

With the advent of the Zetta Spinning method, the production of new materials long-awaited in various fields will begin.

The American Chemical Society (ACS) is a scientific society based in the United States that supports scientific inquiry in the field of chemistry. Founded in 1876 at New York University, the ACS currently has more than 155,000 members at all degree levels and in all fields of chemistry, chemical engineering, and related fields. It is one of the world’s largest scientific societies by membership.[3] The ACS is a 501(c)(3) non-profit organization and holds a congressional charter under Title 36 of the United States Code. Its headquarters are located in Washington, D.C., and it has a large concentration of staff in Columbus, Ohio.

The ACS is a leading source of scientific information through its peer-reviewed scientific journals, national conferences, and the Chemical Abstracts Service. Its publications division produces over 60 scholarly journals including the prestigious Journal of the American Chemical Society, as well as the weekly trade magazine Chemical & Engineering News. The ACS holds national meetings twice a year covering the complete field of chemistry and also holds smaller conferences concentrating on specific chemical fields or geographic regions. The primary source of income of the ACS is the Chemical Abstracts Service, a provider of chemical databases worldwide.

Of the 39 winners of the highest award in organic chemistry Roger Adams Award at the American Chemical Society (ACS), 10 have won the Nobel Prize in Chemistry. 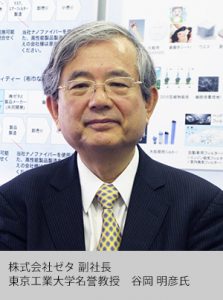 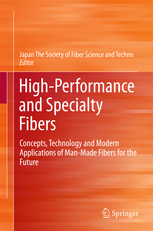 Akihiko Tanioka and Mitsuhiro Takahashi wrote about Zetta nanofibers in a specialized book published by the world’s largest publisher “Springer”. 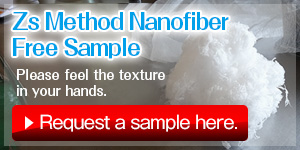